Interesting (And Some Gross) Facts

It is estimated that an average person takes between 8,000 to 10,000 steps a day. Over one lifetime, this would equal walking around the planet more than 4 times! They Have A Perfect Right To STINK!
Each foot has approximately 125,000 sweat glands. This means that the average person can produce up to 22 liters of sweat in just one shoe, every year! (How often did you say you washed your insoles?)

Check out this site with cool ways to lace your shoes! No one said you have to use the same old same old!
According to the American Society for Vascular Surgery, over 25 MILLION Americans have varicose veins. (17% of men and 33% of women) while the US Department of Health and Human Services estimates that 50 – 55% for women and 40 – 45% of men will experience vein problems. 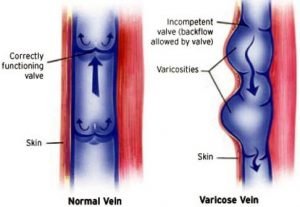 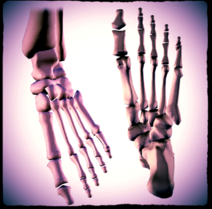 The average foot contains 26 fixed bones. Between both of your feet, that’s 1/4 of the bones in your whole body! There are also 33 joints, 107 ligaments, 19 muscles and tendons all working together to keep you moving.

What size was that? 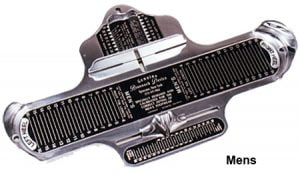 In 1324, when King Edward II declared that on inch was measured as three average barleycorns – a third of an inch per barley corn. To this day, 1/3 of an inch has represented the increase per shoe size.

The metal device used to measure our feet at most shoe stores is called a “Brannock Device”. Invented in New York & patented in 1926 we still use it today….but… not all companies make their sizes the same! Just because you measure​ ‘size 8’ on this scale, it does NOT mean that you are an 8 in every shoe.

In United Kingdom the scale is off by one size for men’s footwear (8=7), while in Europe they use the ‘French Point System’ (the numbers most people associate with sandals like Birkenstock; men’s 8=41=10 ladies). And just to complicate things…
the average persons feet will swell between
5% and 8% from morning to night. This can be
between 1/2 and 1 full size of shoes!

Try to time your shopping for shoes
sometime in the mid afternoon!

Have You Ever Wondered About The Tags In Your Shoes? 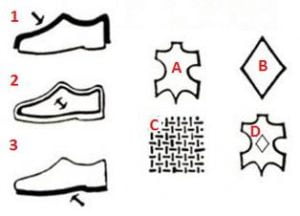 **COL TIP:Wrap your feet with a plastic cling wrap like ‘Saran Wrap’ after you put moisturizer on your feet.  Cover with a pair of socks over top for about 1 hour. NEVER USE A BLADE TO TAKE OFF A CALLUS… remove the plastic wrap and use a pumice stone in the tub to wipe away the dead skin.  It looks gross, but it works like a charm…**

**COL TIP: Screw a spray top (like a Glass Cleaner Spray Bottle) onto a bottle of Hydrogen Peroxide from the dollar store and lightly spritz your insoles and shoe insides.  Let them dry over night to make your shoes fresher! Cost effective cleaning solutions to combat that funky baho smell!**